Dr. Robert Pugach presents at the 2012 Annual Meeting of the American Urological Association

Dr. Robert Pugach participated in this one hour peer panel discussion presented at the 2012 AUA Annual Meeting on the most commonly asked question regarding in-office BPH therapies. The discussion was moderated by internationally renowned urologist, BPH thought leader, researcher and author, Claus Roehrborn, MD, Professor and Chair, Department of Urology at UT Southwestern Medical Center. Joining Dr. Roehrborn was a panel of three experienced urologists who provided their own candid insights into the history of in-office procedures, the benefits and challenges of the most common BPH treatment options, efficacy and durability data for both Cooled ThermoTherapy™ and Prostiva® RF Therapy. View presentation: BPH Panel

It’s long been known that Propecia can cause side effects, but today researchers at George Washington University reported that problems with sexual function may continue even if you stop taking the drug.

Dr. Robert Pugach comments on this report, “Finasteride is commonly used for BPH but I NEVER prescribe it for my patients for this as well as other reasons.” Read Article

I’m writing this personally so that I can express my feelings about the recent recommendation from the United States Preventive Services Task Force (USPSTF) that PSA screening for prostate cancer should be stopped.  I want to publicly state, along with thousands of urologists across our country, that this advice from the USPSTF should be condemned for what it is – an attempt to save dollars at the expense of the lives of our patients.

In the study published in the journal Lancet Oncology, 41 men were treated with focal HIFU. After 12 months, none were incontinent and one in ten suffered impotence.  The majority, 95%, were free of cancer after 12 months.

“As one of four urologists in North America certified to teach other doctors throughout the world to perform HIFU, it is gratifying to see the HIFU procedure evolve to this level.  We are now at the cusp of being able to treat small prostate cancers in less than an hour and allow patients to return to normal activities and functions within a few days.”

Proton versus intensity-modulated radiotherapy for prostate cancer: patterns of care and early toxicity.

Background Proton radiotherapy (PRT) is an emerging treatment for prostate cancer despite limited knowledge of clinical benefit or potential harms compared with other types of radiotherapy. We therefore compared patterns of PRT use, cost, and early toxicity among Medicare beneficiaries with prostate cancer with those of intensity-modulated radiotherapy (IMRT). Methods.

“Dr. Robert Pugach has been ascertaining for years, proton therapy is dramatically more costly and shows no benefit at 12 months for GU or GI toxicity so the claims made in commercials that Proton therapy is better are false.”

Does Vitamin E Cause Prostate Cancer?

The answer is, surprisingly, that it may.  In 2002 The Selenium and Vitamin E Prevention Trial (The SELECT Study) was started.  It was designed to see whether supplementation with Vitamin or E could reduce prostate cancer occurrences.  The rationale was to test claims made over many years that both of those were beneficial and could prevent certain cancers. Read Article

It’s long been known that Propecia can cause side effects, but today researchers at George Washington University reported that problems with sexual function may continue even if you stop taking the drug.
Dr. Robert Pugach comments on  this report,“Finasteride is commonly used for BPH but I NEVER prescribe it for my patients for this as well as other reasons.” Read More

Dr. Robert Pugach advises couples who are looking to reverse a vasectomy that a vasectomy reversal, when successful, is the LEAST expensive option for couples as it allows multiple attempts and multiple childbirths with a SINGLE procedure. 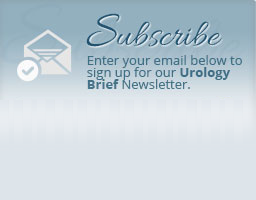